Stock Markets  – Stock markets rose to record levels on Monday despite a surge in COVID cases. The past seven days marked the highest weekly number of positive cases during the pandemic. New guidance from the CDC shortening quarantine times to five days from ten was seen by investors as a shift in policy to keep people working due to labor shortages. This has investors feeling that further shutdowns were no longer going to be the policy. This was the best explanation for why stocks were rising while COVID surged. Unfortunately, on Wednesday minutes from the latest Federal Reserve meeting signaled that the Fed would make three rate hikes this year and dial back on bond purchases in order to combat inflation. This news caused interest rates to rise. Bond yields and mortgage rates rose fairly significantly and stock markets dropped the week lower.  The Dow Jones Industrial Average closed the week at 36,231.66, down 0.3% from 36,338.30 last week. The S&P 500 closed the week at 4,677.03, down 1.9% from 4,766.18 last week. The NASDAQ closed the week at 14,935.90, down 4.6% from 15,644.97 last week. 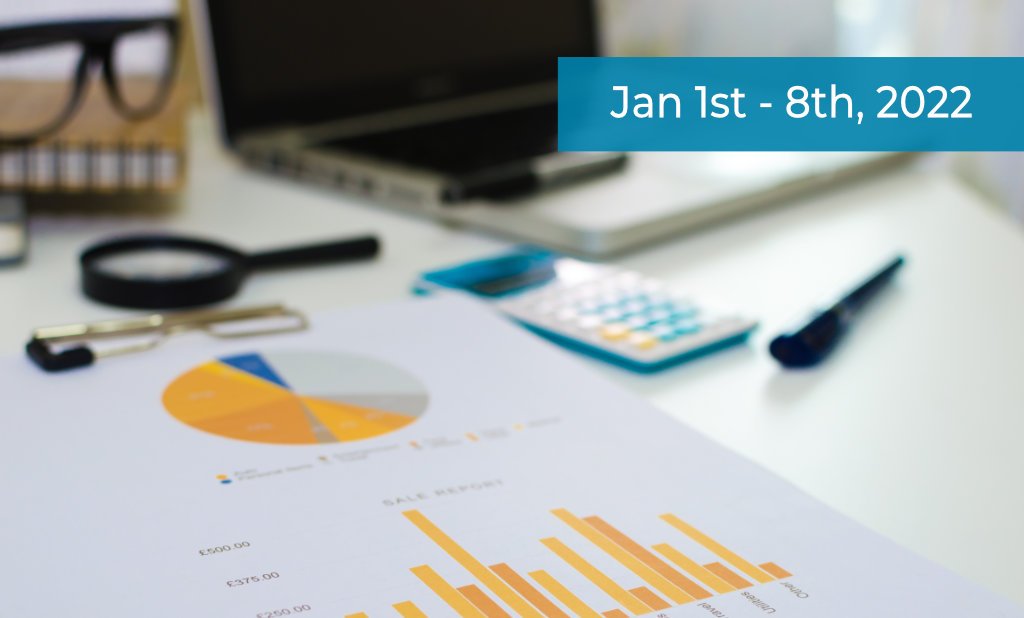 U.S. employers added 199,000 new jobs in December  – The Department of Labor and Statics reported that 199,000 new jobs were added in December. Economists’ surveyed had expected 422,000 new jobs. December marked a second straight month of job gains that were less than half of the number expected.  Despite slowing the past two months 6.4 million new jobs were added in 2021 which was the most jobs added in a year ever. The unemployment rate was 3.9% in December, down from 4.2% in November. The labor-force participation rate (the share of workers with a job or actively looking for a job) stood at 61.9% in December. It remains below the 63.6% level before the pandemic. Average hourly wages rose 4.7% year-over-year.